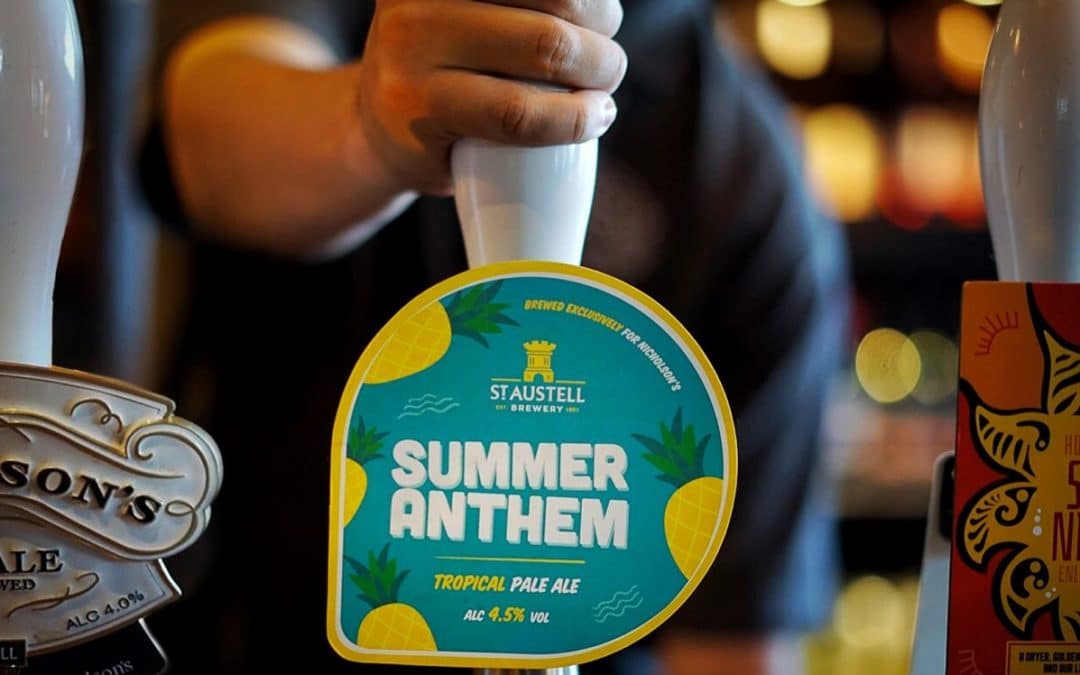 Summer Anthem is brewed with real pineapple for a genuine tropical, fruity taste. Zingy citrus and grapefruit flavours burst out from this silky, smooth light and refreshing summer pale ale which is packed with punchy hops, including Chinook and Cardinal.

The beer was developed in partnership with Nicholson’s team of Cask Masters. The dedicated team work across Nicholson’s 77 sites and champion all elements of ale from quality to serve. Working with St Austell Brewery’s brewers, the Cask Masters helped develop all aspects of Summer Anthem from the name, beer style and ABV.

Independent, family-owned St Austell Brewery has been brewing Nicholson’s Pale Ale – a permanent fixture in Nicholson’s pubs – since it was first launched in 2012 and signed a new two-year deal to continue brewing the flagship brand in 2018.

Ross Timms, Marketing Manager, Nicholson’s said: “Nicholson’s Pale Ale has become a popular staple of every Nicholson’s pub across the country, so we knew that we could trust St Austell Brewery – which has over 165 years of experience – to brew our summer seasonal for 2019. Summer Anthem is a British-brewed cask ale, consistent in quality and taste, making it the ideal fit for our portfolio to see pub goers through summer.”