The Tale of an Ale Trail

The Tale of an Ale Trail 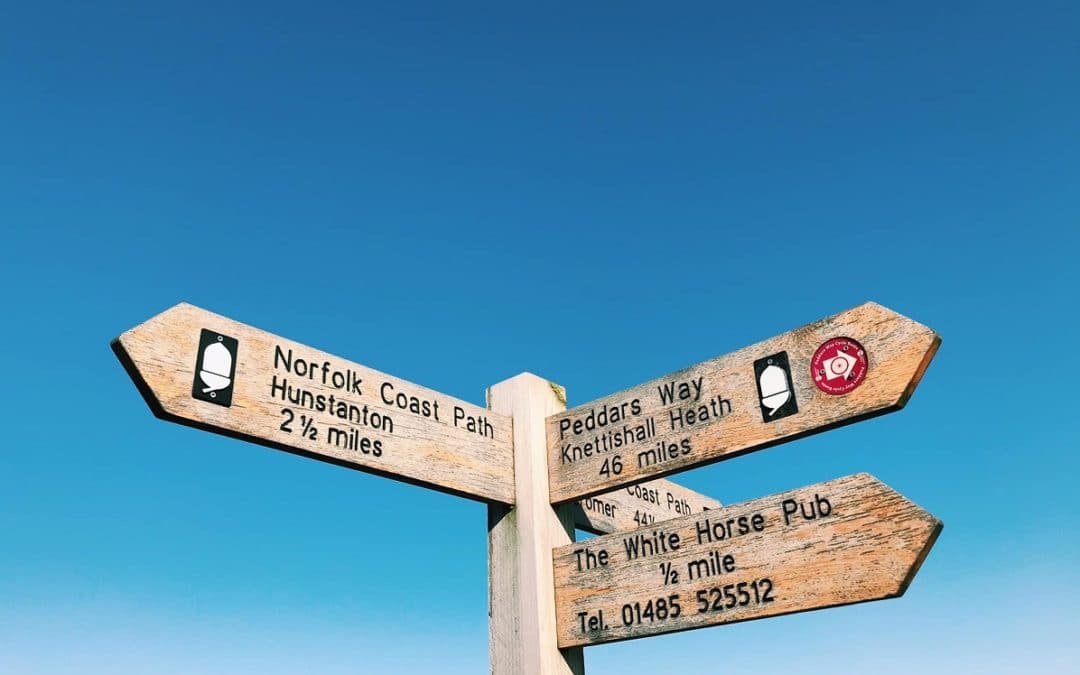 Following on from his last Ale Trail experience, Suffolk-based Will Ridgard recently decided to venture to North Norfolk and try out a section of Adnams’ Ghost Ship Way Ale Trail. Armed with the CaskFinder App, here’s his take on the Trail…

“North Norfolk is nice,” I proclaimed as my girlfriend scrolled through the CaskFinder App trying to find us a little weekend retreat. She agreed with me. Now all I had to do was to persuade her that the best possible way to enjoy our time together would be to do part of the World’s Biggest Ale Trail. My thoughts were seven different pubs, trying a different ale in each one.

Going on an ale trail doesn’t mean spending the whole time in the pub drinking beer – as I took lots of trouble to point out.

“What this ale trail will do is to give us a goal,” said I in my most persuasive voice. “There are some great walks to be had in the countryside and by the sea. We can take a look around the towns and villages – and maybe go into a few shops. And when we do stop off to try the beer, the menus in some of those pubs look pretty enticing.”

It didn’t take as much arm-twisting as I’d anticipated. Poppy loves adventure, exploring new places, and experiencing local food and drinks, so was actually delighted at the idea. Lucky me! She downloaded the CaskFinder App and registered for the Adnams’ Ghost Ship Ale Trail, which loosely follows the Norfolk Coast Path. Now she was ready to join in the planning of our trip.

CaskFinder is a free App that you can download on your mobile. It helps you find the best pubs and record your visits to them; learn about beers and rate the ones you try; and – miraculously – win prizes too!

One you’ve downloaded the App, you can register to be part of the World’s Biggest Ale Trail – and you can start clocking up your visits. There are nearly 10,000 pubs on the App, almost all in the UK, so plenty to choose from.

Within the World’s Biggest Ale Trail, there are a load of sub-trails, the Adnams-sponsored ‘Ghost Ship Way Ale Trail’ being one of them. With the attraction of the Norfolk Coast Path, this was our one for the weekend. We agreed we’d never complete all 30 pubs in one weekend – but knew that we could (and no doubt would) be back for more another time.

In total, there are seven ale trails associated with the ‘National Trails’. The routes, which pass through some of the most glorious landscapes in the country, are designed for long-distance walking, cycling and horse riding. Pubs are based relatively near them – and are also accessible by car, and many by public transport too.

Although Ghost Ship, Suffolk’s finest ale in my opinion, wasn’t on show in every pub we visited, it was good to see so many brewers from the region – such as Woodforde’s, Brancaster, and Mauldons.

Stop 1: The Ancient Mariner Inn (Old Hunstanton, PE36 6JJ). If I’m honest, the continuous downpour, that try as it might, failed to dampen our spirits, meant that our visit to this fantastic pub was slightly extended…A blazing fire, a pint (or two) of cask ale, and numerous packets of crisps and peanuts – what more could you want!?

There was an excellent range of beer. Although not from the region, I opted for Fullers’ Seafarers: a refreshing, fruity bitter that went down smoothly after our long journey from Suffolk. Definitely worth the four-star rating I gave it on the App. Poppy gave it a go too and was pleasantly surprised. Great start!

Stop 2: Le Strange Old Barns Antiques and Craft Centre (Old Hunstanton, PE36 6JG) – Yes, I had promised shopping. That didn’t stop me from acting like a sulky teenager when the prospect became a reality. I admit to trundling very slowly and reluctantly across the road from The Ancient Mariner to the Craft Centre. However, it was my turn to be pleasantly surprised: The Craft Centre had a very warm, homely atmosphere and it sells some wonderful Christmas gifts. As a matter of fact, much to Poppy’s amazement, I very nearly bought something!

Stop 3: The Lodge Inn (Old Hunstanton, PE36 6HS) – Very different vibe to Stop 1. Very modern. Very hotel. Very cool (in both senses of the word). They have the own house ale: The Lodge Inn Finest. I don’t know whether this is brewed by the pub or by a local brewer, but it was certainly very tasty. North Norfolk seems to have a lot of terms of ‘house ales’. They don’t appear on the App, so I couldn’t find out more about them.

Stop 4: The King William IV Country Inn (Sedgeford, PE36 5LU) – Sleepover consisting of very good service, dinner, ice cream, beer, wine, breakfast, and accommodation. This pub didn’t feature on the Trail, but I found it through the Stay In A Pub website – and would thoroughly recommend it.

Stop 6: The Lifeboat Inn (Thornham, PE36 6LT) – Very old school and very dark, with the only source of light and warmth coming from the fiercely burning fire. Ideal opportunity to put the feet up with half a pint of Woodforde’s flavourful Once Bittern that has a distinct aroma of rich spice and citrus fruits. I awarded it 4 stars and resolved to try it again. We both would have been happy to stay for longer as it was a fantastic pub – but the Trail had to go on…

Stop 7: The Orange Tree (Thornham, PE36 6LY) – Aesthetically pleasing exterior (and interior for that matter). Lots of oranges. Busy staff who showed good knowledge of ales. One of the rare sellers of that fabulous Adnams Ghost Ship stuff: Hurray! The citrus and biscuit aromas, combined with the spookily hoppy bite, means that this hauntingly good Pale Ale will always get a 5-star rating from me. I also tried their house ale…this one light in appearance, very fruity, and unsurprisingly orange. I guess the pub aims to live up to its name in all respects!

Stop 8: The Briarfields Hotel (Titchwell, PE31 8BB) – Limited Norfolk phone signal made for a quite a fun mission! Big car park. Big bar. Even bigger dining area! I sampled yet another house ale: becoming quite the experts on house! A quick pit stop as stomachs were starting to rumble. Sunday Roast calling, but elsewhere…

Stop 9: The Ship Hotel (Brancaster, PE31 8AP) – Superb half of Brancaster Brewery’s Brancaster Best: a refreshing session pale ale with a touch of citrus on the finish. Enjoyed it so much that I awarded it a 5 star-rating on the App. Busy, hustling pub. Food smelled great. Definitely worth another visit soon…

Overall, it was a fantastic weekend, and we’d recommend visiting this beautiful part of the country. Going on an Ale Trail here combined all of our favourite hobbies and interests into one. Whatever you plan around them, Ale Trails help you to discover new places – and add a sense of purpose. They give you goals that contribute to excitement and shared experience.

For us, there were plenty of challenges along the way. In order to record your pub visit and win the prizes, you have to look for a Cask Marque certificate. Some pubs like to hide or place these in inaccessible locations, while 4G phone service is like trying to find a needle in a haystack in some parts of Norfolk. Fortunately, most pubs had accessible WiFi to save the day!

We visited some of the pubs by foot and some by car (Thank you for driving Poppy!). Versatility, exploration and adventure are all operative words when it comes down to good weekends and good ale trails. New pubs. New beers. Same, familiar loved ones.

I’m now up to 21 CaskFinder scans: only another 3,500+ to go until I venture onto the World’s Biggest Ale Trail leader board! Rumour has it that another spontaneous trip is in the pipeline soon; we’d better start exploring the App’s map a bit more…

Reminder: The seven step guide to a good Ale Trail