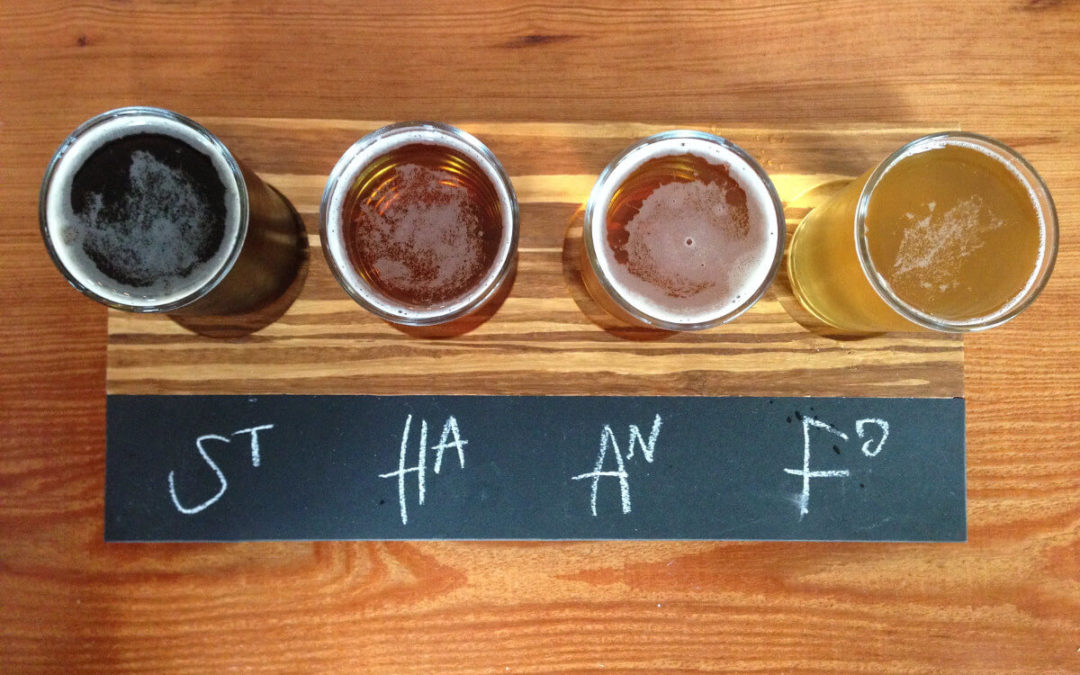 Dea Latis, the women and beer group held its second Beers with Breakfasts event last week in a seven-beer hair-of-the-dog morning session at the Somers Town Coffee House in London.

The female gathering of journalists, bloggers, brewers and marketeers assembled to test their taste buds alongside the delicious breakfast menu at the Yummy Pub Co owned pub in Chalton Street near Euston.

Beer sommelier, Jane Peyton, was guest speaker for the group and offered her impassioned plea to women to consider the UK’s national drink as regular a drink of choice.

There was no need to persuade the hungry group of tasters of the merits of beer as Beer Sommelier Annabel Smith began her tutored tasting and everyone got stuck in.

Over the next 90 minutes they quaffed, nibbled, deliberated, Tweeted, snapped and scribbled through seven beers – kindly donated by each of the brewers – and the accompanying breakfast courses in true multi-tasking style.

The menu began with a poached egg and smoked salmon with Hollandaise drizzle on a toasted muffin served with St Austell Brewery’s 4.8% abv Clouded Yellow beer and ended with a Wells and Young’s 5.2% abv Double Chocolate Stout served with pancakes with chocolate sauce and blueberries. (See the full menu below.)

At the end of the tasting the unanimous winner was the eggs and smoked salmon with Hollandaise dish which beautifully complemented the citrusy notes of St Austell Brewery’s Clouded Yellow beer.
Lisa Harlow, who helped to organise the event with Ros Shiel and Annabel Smith, said: “At the end of a fantastic year for beer – and a year where there are more women brewing and drinking beer than ever before* – this was a wonderful cross-industry celebration of our versatile, varied and flavoursome UK brews. It was great that we could highlight that different styles of beers will go with just about anything – even breakfast!”

With thanks to all the brewers who donated and delivered the beers and to Anthony and the crew at Somers Town Coffee House, the full beer and food menu was as follows:

•    Chilli Avocado on French Toast served with
Thwaites Wainwright 4.1% (from Blackburn in Lancashire)

•    Pancakes with Chocolate Sauce and Blueberries served with
Wells and Young’s Chocolate Stout 5.2% (from Bedford)

If you’d like to help us in our mission to bring beer to women, please contact Annabel Smith at [email protected] or call 07920 058500 or download a membership form.