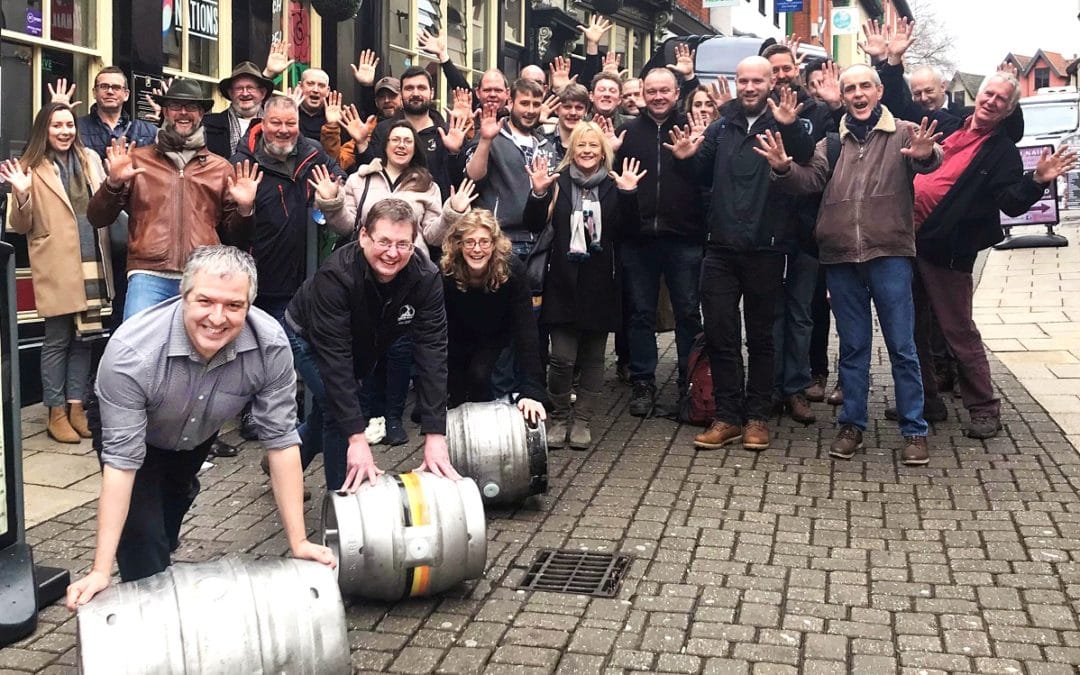 Roll on the 10th Norwich City of Ale Festival! A glorious 11 days at the end of May will see events and celebrations taking place in pubs across the city. They will be catered for by 30 of the region’s best craft brewers. Breweries will be supplying the pubs with award-winning brews and dreaming up new recipes and collaborations to tempt the palates of beer lovers and beer novices alike.

From 21st to 31st May, Norwich’s 45 City of Ale pubs will be host to beer festivals, tutored tastings, talks by brewers, cheese and beer matchings, and beer and music events. They will each be part of one of seven ale trails – and some will be part of the bonus Treasure Trail championed by City of Ale gold sponsors, accountancy firm Farnell Clarke.

Last year, over 11,000 pub visits were made by ale trailers during the festival of City of Ale. That number comprises only those made by people who completed trails. The real number will be much greater!

Britain’s original ‘Beer Week’ first took place in 2011 and has gone from strength to strength. Phil Cutter of the Murderers co-founded City of Ale with Dawn Leeder of PintPicker. He says,

“When we first set it up, too many pubs were falling by the wayside and closing down. Hearts of communities were being ripped apart with the disappearance of the local. We wanted to help support the pubs in Norwich. So, the idea was to have a beer festival centred around pubs – not anonymous halls or marquees. The plan was to get people out and about in the city. That went hand-in-hand with campaigns aimed at regenerating town and city centres.

“The ambition is still the same now as it was then. We still aim to get people enjoying everything the city has on offer: history, architecture, culture, the arts, independent shops – and its unique and fabulous pubs.

“And of course, we still aim to support the breweries from the region. We are really lucky in having such a concentration of fantastic craft and cask breweries round here. So good are they, that every single cask beer at our launch party will be award-winning!”

City of Ale co-director, David Holliday has some other surprises up his sleeve for the launch party. These will involve collaboration brews involving brewers in Leuven, Belgium and Norwich, East Anglia. The tie up between the two famous ‘beer cities’ was forged by beer writer extraordinaire Roger Protz, who has been a fantastic advocate for City of Ale ever since its inception in 2011.

More details will emerge over the coming weeks. “In the meantime, get the dates in the diary,” says Phil. “This 10th City of Ale promises to be full of hidden treasures and exciting surprises. Your taste buds won’t be disappointed. And neither will you.”

“Their support has played a huge part in gaining us national recognition and has helped us to attract people from across the country to Norwich for the event – and actually, all year round for the beer and pubs!”