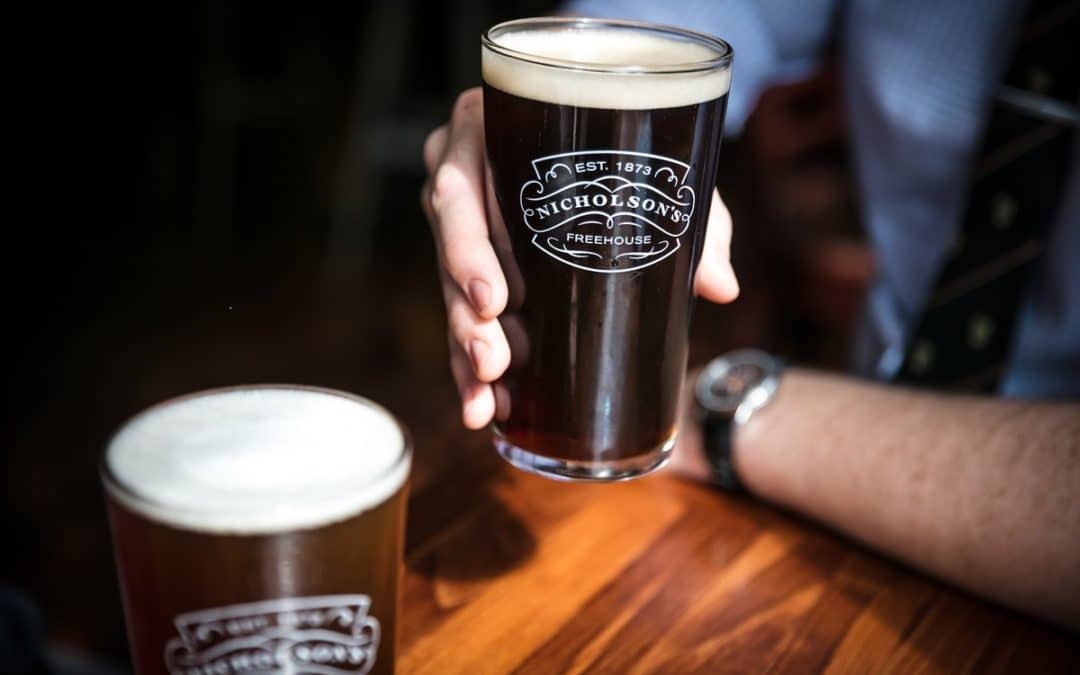 What Londoners may not be familiar with is the World’s Biggest Ale Trail – the country’s most popular beer journey. Nicholson’s are aiming to change that though.

The pub company, known for its beautifully furnished, historic venues, has formed 6 Ale and Gin Trails across the city. They are being launched during Cask Ale Week, which runs from 19th to 29th September – and during which time there is a Cask Festival in the Nicholson’s pubs.

“Pub-lovers can undertake these small trails as part of an even bigger beer adventure,” says Ross Timms of Nicholson’s, “educating their taste buds, discovering new places and collecting prizes along the way.

“Real ales should be enjoyed in their rightful setting – that is, beautiful British pubs with friendly service and great company. No qualifications are needed to join any of our Trails – other than a love of adventure and a taste for great beer.”

To get involved, pub-goers need to download the free, easy-to-use CaskFinder App and register on as many of the Nicholson’s trails as they like. There are four to eight pubs in each one, clustered for easy walking. Each trail pub has been picked specifically for its history and striking architecture.

“The CaskFinder App also provides tasting notes for around 10,000 different beers, so the sooner you embark on rating them, the better,” says Ross. “After all, that’s a lot to get through – even if you spend a lifetime on the quest!”

The first 30 people to complete a Nicholson’s Ale Trail receive a three-pack of award-winning Tribute Ale from St Austell Brewery in Cornwall.

“Once you’ve signed up to a Nicholson’s Trail, you become part of the World’s Biggest Ale Trail,” says Paul Nunny of Cask Marque. “This gives you the opportunity to visit a further 9,500 pubs with beer that has been independently quality-checked and accredited. And guess what? You can win prizes on that too.”

There are Nicholson’s Ale and Gin Trails in Birmingham, Edinburgh and Manchester/Liverpool, Leeds/York as well as London. With the pubs’ Cask Festivals kicking off in Cask Ale Week (19th – 29th September), beer explorers are urged to embark on their adventures soon.