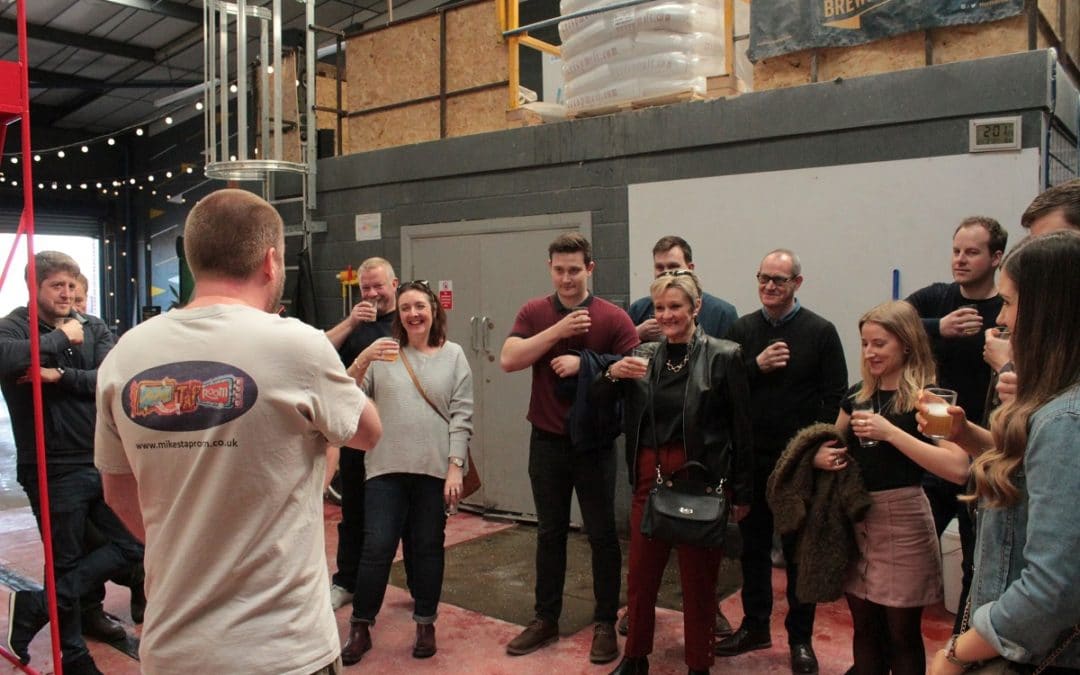 Leeds Heritage Beer Tours, a new tour sharing the history of beer in Leeds, will launch at the end of June 2019.

The new tour will take visitors on a journey into Leeds’ beer history; visiting some of Leeds’ famous old beer venues, whilst sampling traditional ales along the way.

The new, independent Leeds-based tour has been setup by Mike Hampshire, an experienced tour guide with the national UK Brewery Tours company.

“I really enjoy taking people on tours with UK Brewery Tours” said Mike, “but I really wanted to do something a bit more focused on the rich heritage of beer in Leeds”

It’s well known that Leeds was the home of Tetley’s brewery for almost 200 years, but the tour isn’t all about the world-famous brewery.

“I can’t do the tour without telling the story of Tetley’s Brewery, so we start off at The Tetley, the former headquarters of the brewery” continued Mike. “However, I have spent a lot of time researching the history about other beer in the area, particularly during the Victorian era and later.”

After starting at The Tetley, the tour will continue on to four other venues, including Whitelocks, one of Leeds’ oldest pubs.

“Beer in Leeds isn’t just about brewing; it’s about the pub and social aspect too” said Mike. “Hopefully in a fun and interactive way, I’m bringing an era of beer to life, that people are not so familiar with and will enjoy.”

The tour takes around three hours, spending half an hour in each of the five venues. The price of a ticket also includes a drink in each place. There are also gift vouchers available to buy which are redeemable against any tour within 12 months of purchase.

The first public tour takes place on Wednesday 26th June, then the next ones are on Wednesday 24th July and a special tour on Wednesday 28th August to coincide with Leeds Beer Week 2019. All starting at 6:30pm. Further information available here.