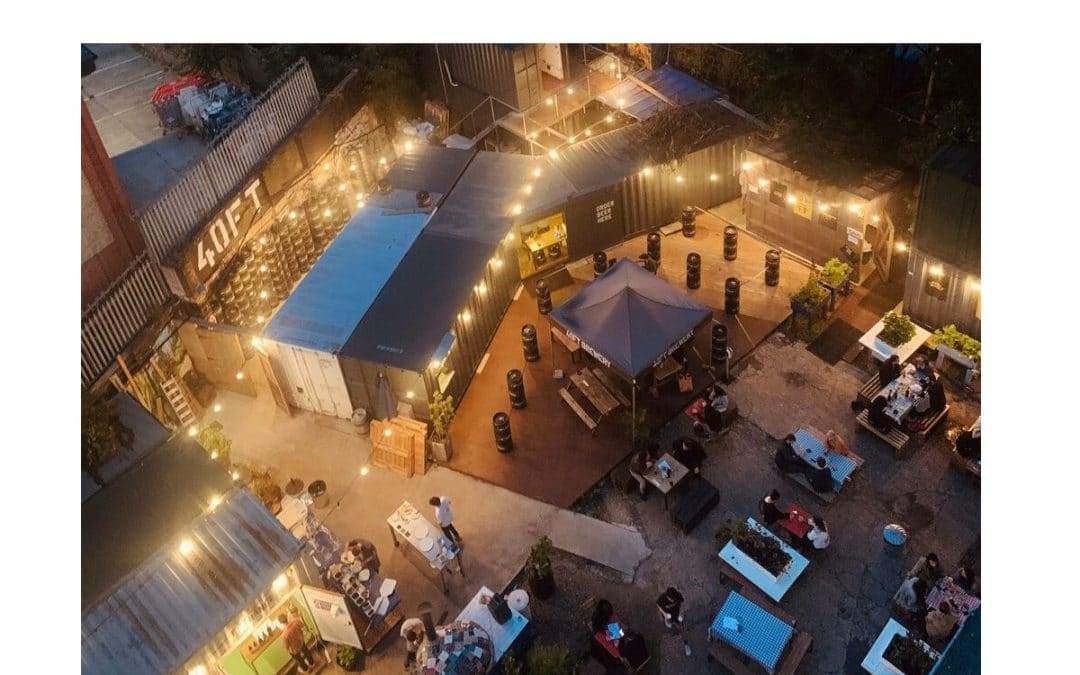 New data shows that outdoor spaces at brewery taprooms across the UK, often referred to as ‘tap yards’, have beaten expectations and traded strongly since outdoor hospitality was allowed to resume across the UK.

A survey by SIBA found that on average brewery taprooms were around 73% busier over the last few weeks when compared to the same period in 2019, and that 74% of breweries with space available had chosen to open outdoors – much higher than the one third of pubs which opened outdoors only.

SIBA say independent breweries have ‘grasped the opportunity’ over the last few weeks to recoup some of the losses incurred over the last year, but its small change compared to the financial damage caused by Covid lockdown.

“It has been wonderful to see so many brewery ‘tap yards’ busy over recent weeks, but a few weeks of healthy trade does not make up for what has been lost. Independent breweries in the UK have racked up on average around £30,000 of debt during lockdown and have been left-out of the Government’s support for the hospitality industry. In Scotland a brewers support fund helped out struggling small brewers, but in the rest of the UK breweries have not been so lucky. These survey shows many are now taking advantage of pent up demand for socialising and to experience something a bit different ” James Calder, SIBA Chief Executive

SIBA figures show that around 80% of the beer produced by small independent breweries is sold into pubs, so with pubs closed sales were decimated during the last twelve months. With around two thirds of pubs still yet to open the industry is a long way from recovery, and there is a varying picture for brewery taprooms across the UK.

For Wimbledon Brewery in Greater London, the pandemic was an opportunity to invest in their taproom and grow their local following, “During lockdown we invested in making our tap a more attractive venue. The response from the local community has been overwhelming. People like to drink beer at the point of production and long may it continue.” Mark Gordon Wimbledon Brewery.

In Harrogate, North Yorkshire, SIBA’s Chairman Ian Fozard runs Rooster’s Brewery, which has seen a very busy few weeks at their large brewery taproom beer garden, “We’re delighted to have been able to welcome customers back to our Taproom beer garden. The weather was kind initially but, as it has become colder, we’re amazed how resolute people have been! It demonstrates just how much people have missed the pub and all the interaction that brings.”

However there is a worry that this could just be the ‘honeymoon period’ with trade returning to normal in a few weeks:

“We don’t yet know if it’s a post-COVID bounce, but our tapyard has been packed since the day we re-opened. Despite increasing our capacity to 230, we have been fully booked every weekend – often days in advance – and we’re turning people away. After such an appalling year, it’s been wonderful to see the tapyard so busy.” Dan Hearn, Loddon Brewery, Reading.

Leigh-on-Sea brewery on the South-East coast say they survived the pandemic by selling beer in cans to their local customers, and it’s those same customers who are now flocking to their taproom, “Over the past months our loyal customers have kept us alive by using our home delivery service. They’re now enthusiastically doing the same by supporting our Taproom. It’s not always comfortable and is obviously weather dependent – but we’re trying to get across to them how grateful we are for their continued custom.”

In Scotland taprooms have only been able to open outdoors for the last two weeks, but inclement weather isn’t stopping beer-lovers there either. Nigel Tiddy, from the aptly named Windswept Brewing Company commented, “Great to have the Windswept taproom open again today for the first time in 5 months.  The first weekend is fully booked and its great to see our thirsty customers coming back to support us.  Its a wee bit chilly but everyone is wrapped up and  the sun has come out to celebrate with us!”