‘Summer of Pub’ starts this weekend

‘Summer of Pub’ starts this weekend 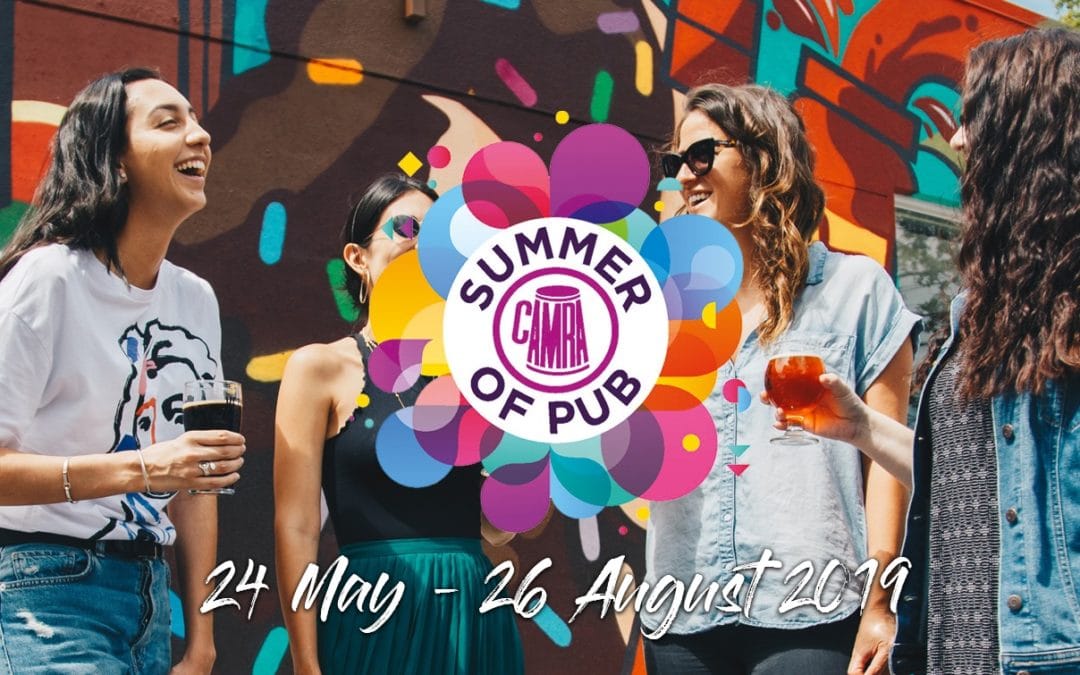 Pub Minister Jake Berry has thrown his support behind CAMRA’s Summer of Pub campaign, a new initiative to get people down to the pub this summer kicking off this bank holiday weekend.

Commenting on the story, Minister Jake Berry said: “I am really pleased to support the Summer Of Pub this year by the Campaign for Real Ale (CAMRA), which marks the beginning of the ‘Great British Summer’ by celebrating another of the UK’s great institution – the pub. The ‘local’ is where people enjoy a pint, relax and spend time with one another, whether it is watching their team win, sampling their favourite beverage or hosting a charity fundraiser.

“The UK also boasts some of the world’s best rural pubs, which are increasingly diversifying. Many are doing so with help from Pub is the Hub, which is supported by the Government to provide new, or replace lost, community services in rural areas. The Government recently announced a round of funding totalling £188,000 for Pub is the Hub to deliver community services alongside their drinks; from allotments, post offices and shops to children’s play areas and cinemas.

“CAMRA’s Summer of Pub is all about the idea that locals aren’t just places to drink, they provide space for socialising, events and they create thousands of jobs. It is important that they continue to be able to do so and this summer is a perfect opportunity to go and explore what your community pub has to offer.”

Summer of Pub kicks off this weekend (24 May), with the simple aim to encourage pub-going throughout the summer. The consumer organisation has written to thousands of pubs across the country encouraging them to host celebratory events to help more people rediscover their love for the great British local.

Cause for celebration includes the forthcoming ‘PUBlic’ bank holiday weekend when pub-goers are encouraged to tweet photos of themselves using the hashtag #SummerofPub – giving them the chance to win a round of drinks for their party in the process. Various events will follow, including special screenings of the Women’s World Cup (6 June – 6 July) a toast for Beer Day Britain (15 June), and beer and cider tasting events showcasing local producers.
There are also plans to host fringe events across London to coincide with the Great British Beer Festival (6-10 August), bringing a clear pub campaigning element to CAMRA’s flagship event for the first time.
CAMRA will be promoting participating events through its social media channels and the Summer of Pub platform to get the word out and encourage more people to get involved. It will also be providing marketing materials for participating pubs and encouraging its network of nearly 200,000 members to get their local pubs involved in the campaign.
Ben Wilkinson, CAMRA’s National Director said: “You don’t have to go on a march or demonstration to be a pub campaigner – anyone can get involved. It’s as simple as heading out for a pint this summer and encouraging your friends to join you.
“We want to remind the public what makes our nation’s pubs so special. We want to encourage people to give the TV a break this summer and help them rediscover the unbeatable social network that is their local. The clearest way we can all demonstrate how much we value our community pubs and want them to remain part of the social fabric of our country is by using them. ”
To get involved or to find an event near you, simply visit www.camra.org.uk/summerofpub/
← Previous Article Next Article →