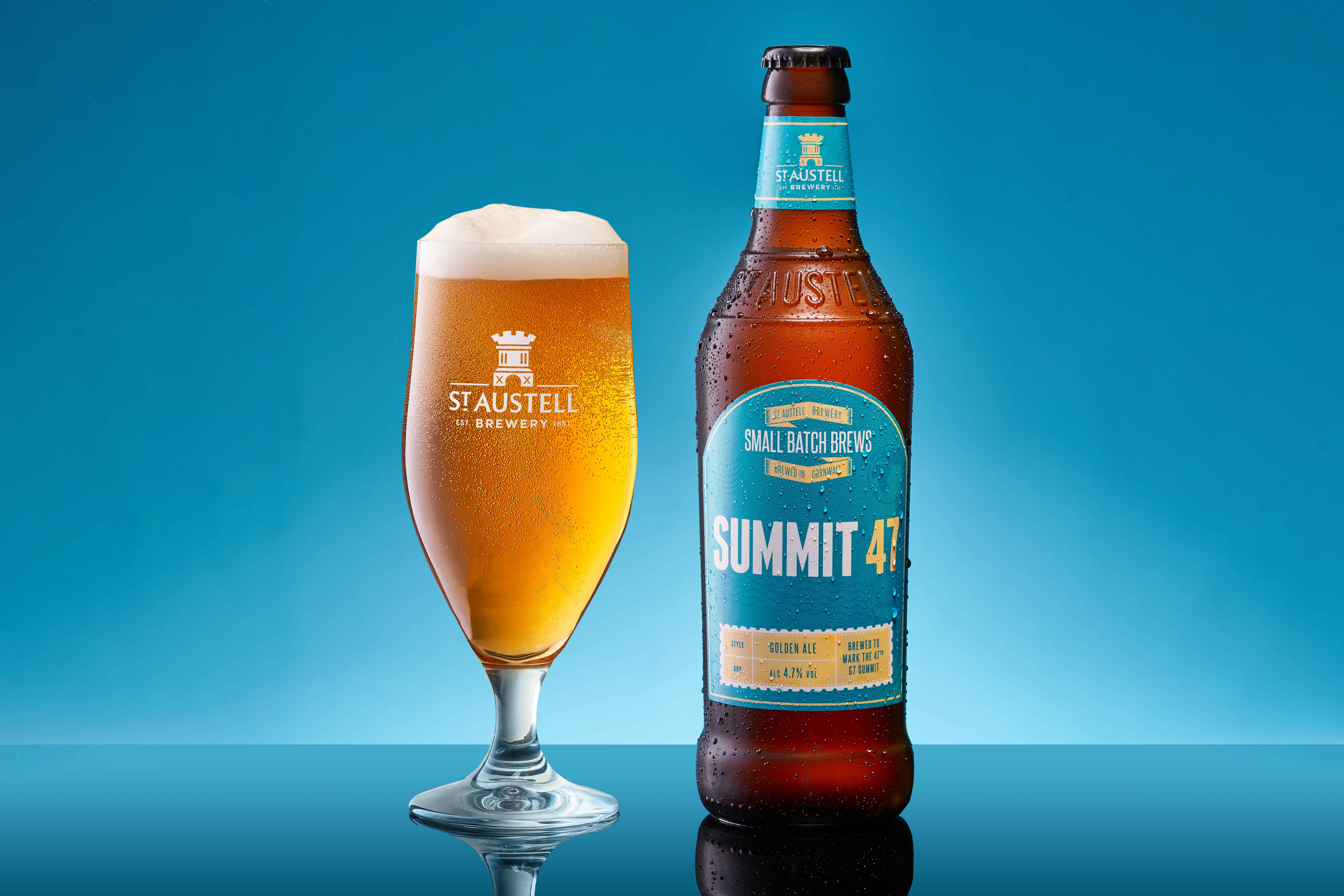 St Austell Brewery has released a special Small Batch Brew to mark the 47th G7 summit, which is coming to Carbis Bay in Cornwall this week (11th-13th June).

Summit 47 is now being served in pubs across Cornwall. Drawing inspiration from all corners of the globe, Summit 47 is a golden ale brewed at an apt 4.7% abv. The cask beer’s British base malt is paired with rice from Japan to keep it light and dry. French Fuggle hops are used for bittering, with German Huell Melon and American Summit contributing soft fruit notes of orange, strawberry, melon, and pink grapefruit. Canadian Maple Syrup enhances the malt flavour, while Sicilian lemons deliver zesty, citrus notes.

George Young, Brewing Director, St Austell Brewery, said: "We’re delighted to release a new beer to mark Cornwall hosting the G7 summit. It’s an exciting time for the region, and what better way to celebrate our home county taking to the world stage than by raising a beer brewed especially for the occasion?"

George added: "Our talented brewing team set out to create a beer forged from a variety of ingredients from around the world. The result is a delicious golden ale that’s bursting with a kaleidoscope of flavours and perfect for savouring in the summer sunshine."

St Austell Brewery has been serving up bespoke, limited-edition beers from its small batch brewery since 2014, taking inspiration from beer styles across the world.