Something for the Weekend – Tiny Rebel Cwtch

Something for the Weekend – Tiny Rebel Cwtch 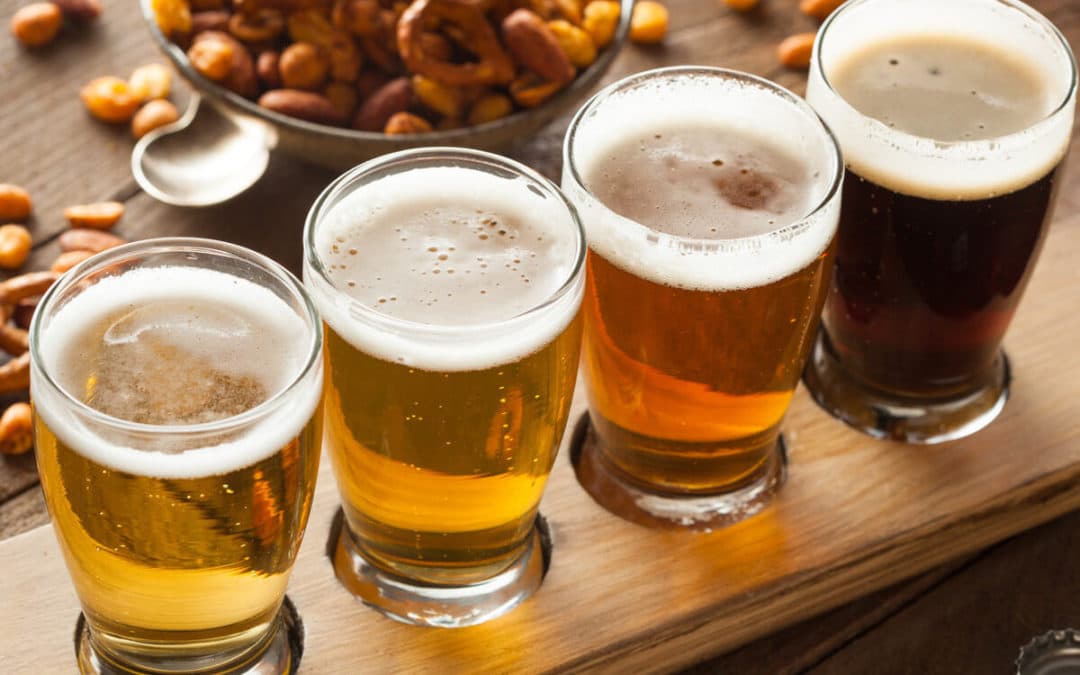 Last week, we took The Big Dog on his holidays to the Gower Peninsula in West Wales. Knowing it was going to be a very long drive, we made a bed in the back of the car complete with fleece blanket, cushions and toys for the Big Dog. It looked like the comfiest cubbyhole ever and I wished I was in the back of the car rather than the dog. Curiously, the name of this week’s beer can be translated as ‘cubbyhole’. I’m talking about Tiny Rebel Cwtch.

Five hours after we set off we arrived on the Gower Peninsula. Being the week after the Easter holidays the region was deserted and over the course of 4 days we walked along mile after mile of empty sandy beaches. The Big Dog morphed into a puppy as he raced along the seashore. Our cottage was situated on a ridge of common moorland populated by wandering horses and cows (and allegedly adders). Cows and dogs don’t mix. We spoke to a local farmer who said cows were like teenagers: they hang around in packs, they’re curious about anyone straying onto their territory, and they “probably” won’t attack. Not very reassuring.

The cottage had a wood fired hot tub in the garden (this was the sole reason for booking the cottage, my other half loves a gadget). We were met by the owner on arrival who informed us that the hot tub would take about 90 minutes to fill, and then once the wood fired boiler was stoked up, the water would take a couple of hours to heat. So our first task was to start filling the hot tub. Two hours later, we peered into the tub (which looked like a huge wooden barrel) and saw with dismay that it was less than a quarter full.

Hmm, what to do whilst we waited? No brainer, let’s take ourselves down to the local pub. And what a pub it was: crackling smoky real fires, low beams, and a proper pub grub menu. Best of all, there were three handpulls on the bar, one of which served Tiny Rebel Cwtch (rhymes with ‘butch’), a 4.6% Welsh Red Ale. Despite this beer winning the Overall Supreme Champion Beer of Britain at the Great British Beer Festival in 2015, I had never sampled the cask version. What better place to sample this Welsh ale than in its home country?

Settling down in a snug with our glasses of Cwtch we embarked on a Yahtzee marathon. Interspersed with a break for food (Welsh lamb cutlets for me, Venison burger for the other half) we lost track of time as our glasses kept miraculously being refilled. We pondered the diminishing amount of pubs which offer traditional pub grub. Then we glanced at the clock above the bar, looked at each other in abject horror and realised the hot tub was still filling back at the temporary homestead. “Yikes!” we exclaimed (you may be reading this before the watershed so insert your own interpretation of what word we actually said).

We hot footed it back to the cottage, picturing the garden under three feet of water. Nope, the speed at which the hot tub had filled was like the pace of life in Gower. Slow. The water had just about covered the seats half way up the tub. So we returned to the pub for another cuddle. Before you get any ideas, Cwtch can also be translated as ‘cuddle’.

This beer is a bit of an enigma: the first gulp delivers a big malty, caramel sweetness but then – pow – the crisp, zesty tropical hops kick in, dishing out a delightful bitterness which bites though any residual sugar. It’s a delicious mix of old world ale tempered with New World hops. A fusion, you might say.

So whilst we drank Cwtch with traditional pub food, I understood how well it would go down well with any Asian or Middle Eastern foodie restaurant. It would be rapturous with a mezze of hummus, tahini and flatbreads. Perfect with spice infused Tandoori slow cooked lamb. Versatile enough to drink with pieces of honey infused Baklava.