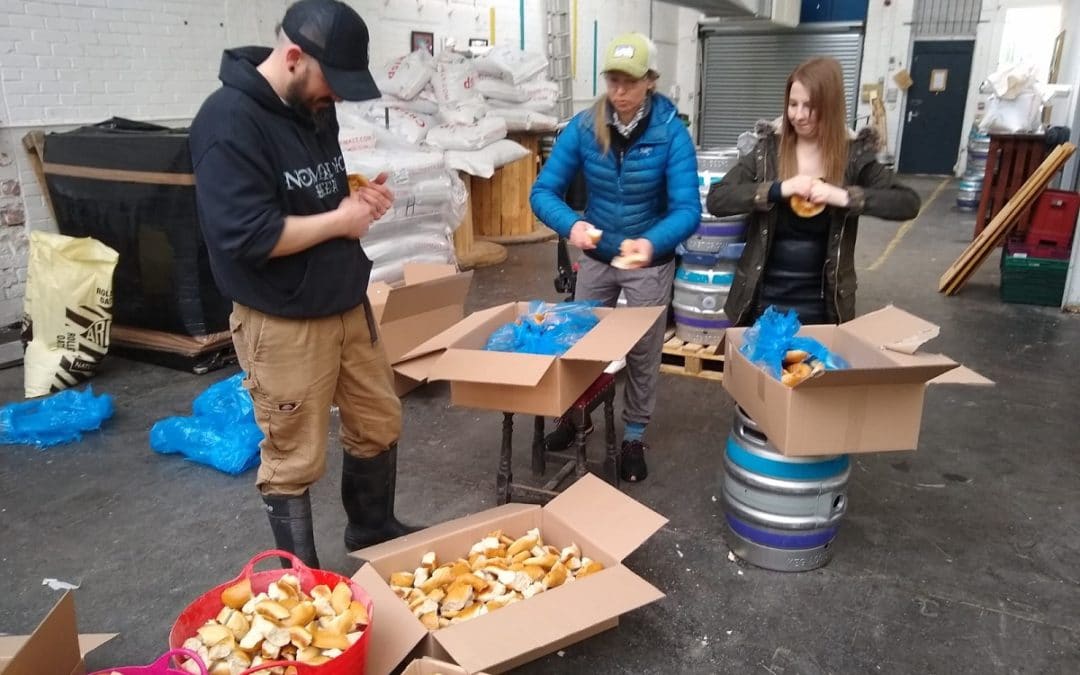 “It was a really popular beer and we started looking at what other surplus food items we could use in beer. So, we got in touch with Bagel Nash whose production facility is just a few minutes’ walk away from our brewery, to see if they were interested in a collaboration” continued Katie.

“They’re a great local business! We’re always looking for ways to reduce the number of surplus bagels we send for animal feed and this was one of our more favoured options”

“We’re thrilled to be working together on this exciting venture and this is just the start of a series of collaboration beers we have planned.”

Katie continues. “We’re calling this first one ‘Bagel Juice’ and it’s a pale ale brewed with the bagels in the mash and lots of hop variety in the boil – Centennial, Columbus, Ekuanot and Styrian Wolf.”

“Because of the nationwide COVID-19 lockdown and the closure of pubs, we’ve had to re-think how we could still do an interactive launch for this beer”

“As we’re doing home deliveries of our beer, we decided to package this beer the same way and host a special online launch party on Saturday 25th April”.

“Prior to lockdown, we also did a special International Women’s Day brew with female beer industry workers, called ‘Shield Maiden’, which we will be launching at the same time” continued Katie.

Beer fans based in parts of West and North Yorkshire can pre-order Bagel Juice, Shield Maiden or both, for delivery on Thursday 23rd April of Friday 24th April. Each beer will be available to order in either 3 or 5 litre bags in boxes. Further details on the launch party will be made available shortly.

To learn more about the beers and to pre-order, please visit www.nomadicbeers.co.uk/beer.