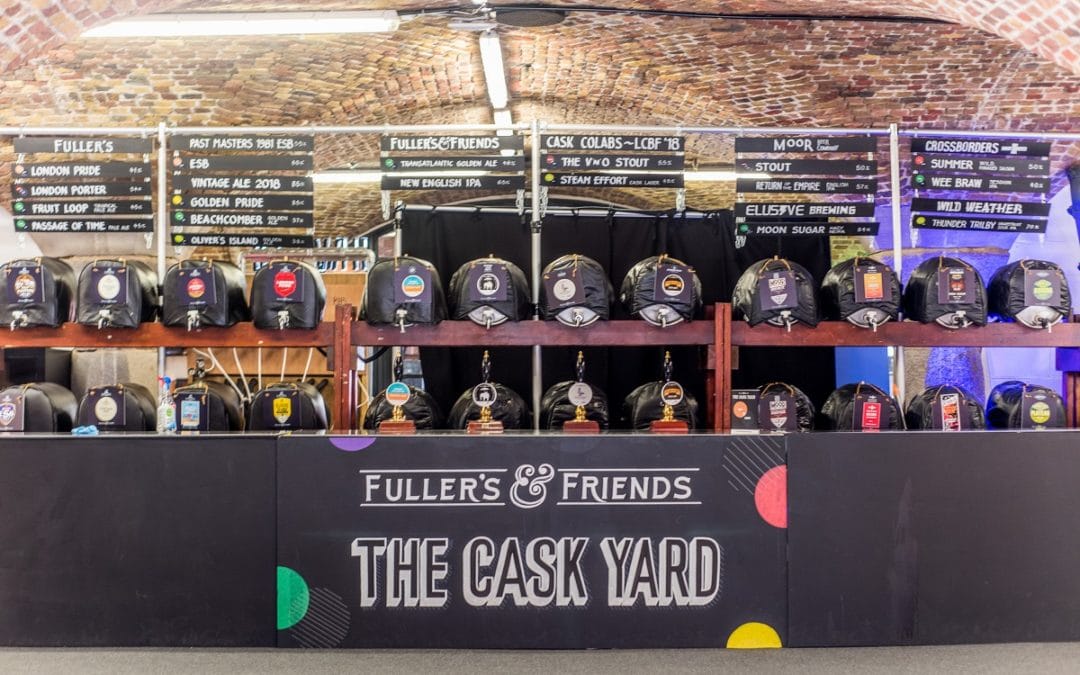 This August, Tobacco Dock will see the London Craft Beer Festival return for its seventh year. Featuring a bolstered line up of 80 breweries from the UK and around the world descending on Wapping for the three-day festival and close to 500 different beers on tap across the weekend, 2019’s festival is set to be the UK’s largest celebration of modern beer to date.

Manning the taps and pouring their finest brews over the weekend will be the likes of New York based breweries Evil Twin, Kings County Brewing Co. and Interboro, whilst new European breweries pouring in London for the first time include Brasserie Popihn from central France and Cerveja Letra hailing from Portugal. Flying the flag for the burgeoning UK craft beer scene will be Northern Monk and Pressure Drop with 2019 also marking the return of Kings Cross based Two Tribes and Bohem, a Czech lager brewery from Tottenham. Each session, ticketholders will get the chance to explore, taste and indulge in the festivals largest choice of beers to date, enjoying unlimited 100ml pours, many of which will be made exclusively for the festival. Fullers will be hosting The Cask Yard, an area dedicated to craft ales, with the chance to be one of the first to sample their latest Vintage Ale.

2019 will also see the festival debut of the world renowned Copenhagen restaurant Amass as Matt Orlando and his team showcase beers from their new brewery Broaden & Build. Reflecting their zero-waste ethos and Matt’s innovative approach to flavour, Broaden & Build explores how a chef’s perspective can translate into beer with a focus on fermentation and foraging. Beers from the new project will arriving on UK shores for the first time, exclusively for the festival.

Festival goers will be also be treated to live entertainment from the likes of Two Door Cinema Club, Hot Chip and Toddla T along with DJ sets from the Kaiser Chiefs, and Friendly Fires, with more acts to be announced in the coming months. Topping this off, a selection of London’s top restaurants including Berber & Q, Club Mexicana, Hoppers, Brigadiers, The Palomar and Bun House will join the lineup to make this a weekend not to be missed.

“We’re now seven years old, growing each year and with an increasingly exciting and diverse range of beers and brewers. From ground breaking producers at the top of their game to up and coming stars of the scene and the likes of Matt and the Amass team in attendance we are blessed with some of the most respected names in the world of beer,” said Greg Wells, co-founder of the London Craft Beer Festival.

“The London Craft Beer Festival is a unique opportunity to experience the modern beer movement in one place, great beer, great music, great food. At LCBF towers, we’re working on completing our best line up to date and we can’t wait to announce who’ll be joining us this August,” added fellow co-founder, Dan Sylvester.