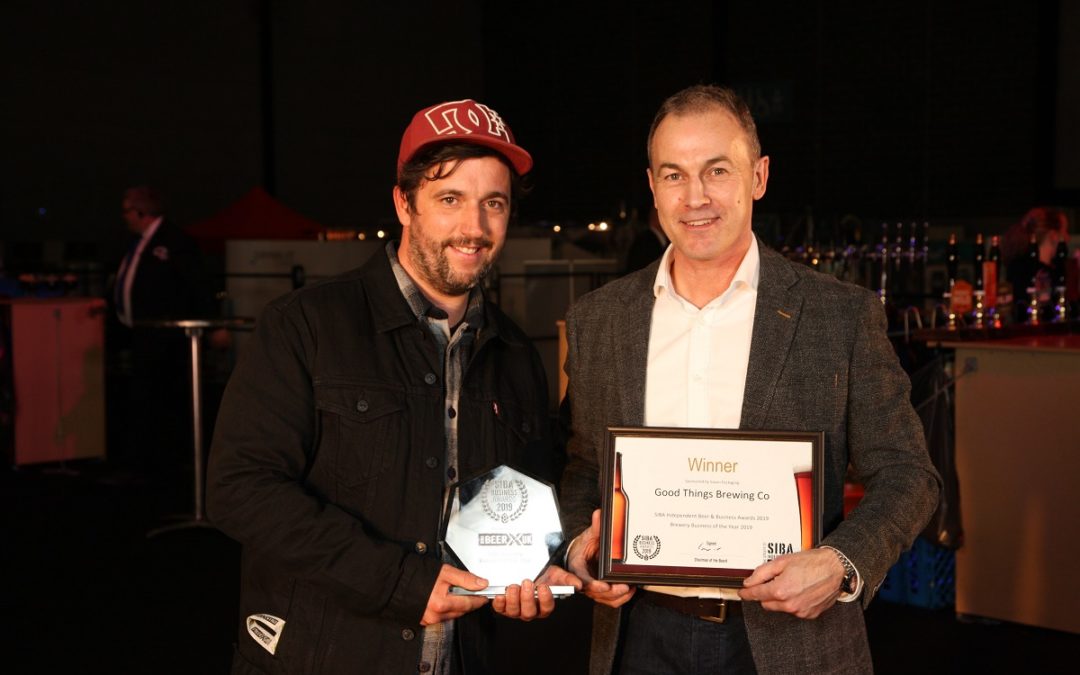 Good Things Brewing Co have been named SIBA’s Brewery Business of the Year 2019 at the prestigious SIBA Business Awards, which names the UK’s best brewing businesses across a wide variety of categories.

The awards, run by the Society of Independent Brewers and judged by a panel of industry experts, were revealed in an awards ceremony last night at BeerX UK 2019 – the trade association’s flagship beer and brewing event in Liverpool.

As well as winning the overall top award for Brewery Business of the Year, the brewery also won the Green Business Award for their unique process of drying the grain that is left over after the beer brewing process is finished,

“Good Things Brewing Co impressed judges with their unique approach to all aspects of their business and how their core beliefs as brewers shone through not only in their branding but in their actions as an independent craft brewer. Their truly innovative process for drying and repurposing spent grain as flour that could then be used for baking.  Not only does this solve a common problem for all breweries, but the unique solar powered process showed a broader respect for the environment.” Neil Walker, SIBA Business Awards Judges Chair.

“We want to be the world’s first self-sustaining brewery. One thing that isn’t really tackled in the beer industry is spent grain.” Sam Robinson, Co-Founder of Good Things Brewing Co.

The company’s ethos is “We’re on a journey to make the craft of brewing the beers we love, better for the world we love” and since their launch just two years ago they have made a name for themselves as innovators in eco-brewing, culminating in this recent industry award.

The SIBA Business Awards also congratulate excellence across the beer and brewing industry – from independent craft breweries making efforts to improve their green credentials such as Good Things Brewing, to bars, retailers and restaurants who have shown a talent for supplying the best beer in the UK.