Get involved in fundraising for Australia with Resilience

Get involved in fundraising for Australia with Resilience 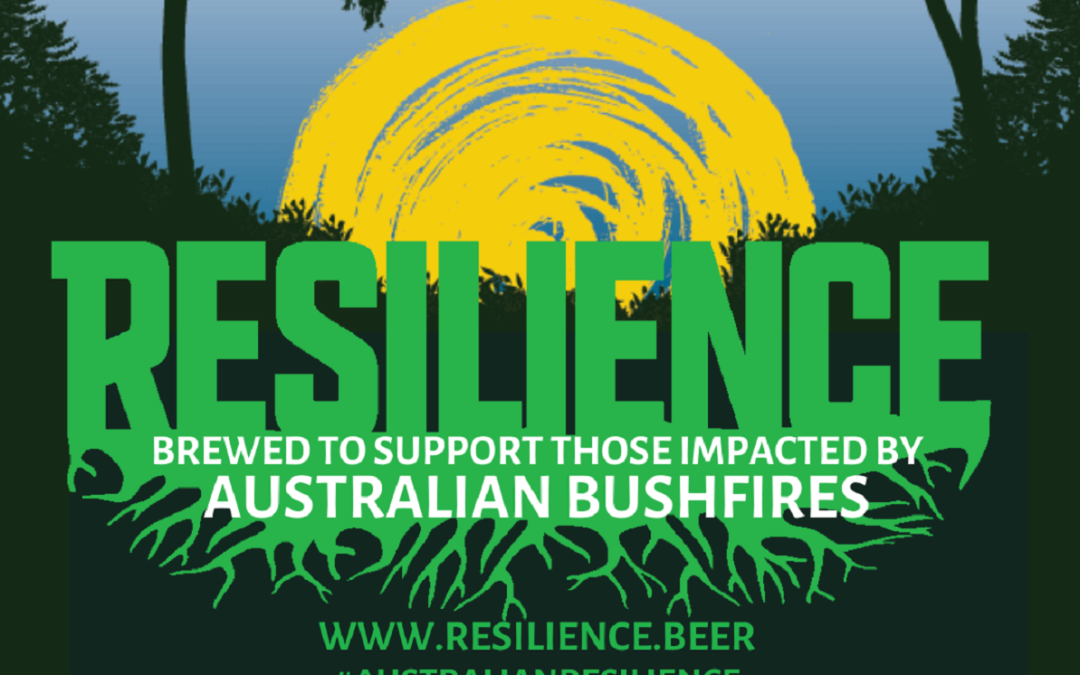 As part of the local and international beer community’s ongoing support for bushfire relief efforts in Australia, brewers the world over are invited to join in a fundraising brew. Any brewing company that wants to take part in brewing the Resilience Beer is asked to register their interest now at resilience beer.

Resilience Beer is a project that arose in the wake of unprecedented bushfires in Australia during late 2019 and early 2020. It came from a desire in the local beer industry to find ways to support those impacted by and fighting the fires both now and in the future.

The aim is to raise much needed funds to help impacted communities transition from crisis to healing through regeneration and rehabilitation projects. Brewers and the industry around them play a strong role in their local communities, as evidenced by the hundreds of fundraisers and other events launched throughout the local beer world since fires first broke out in late 2019.

The Resilience Beer is an opportunity for the Australian and global brewing community to work together in a collective effort, with brewers, suppliers, retailers, publicans, beer lovers and beer media uniting to maximise the fundraising potential.

The Resilience name was first used in this manner by Sierra Nevada in the wake of the Camp Fire in California in late 2018. More than 1,400 US brewers brewed their version of the Resilience IPA, raising millions. The Australian Resilience Beer is being brewed by brewers both locally and internationally with all money raised going to a diverse range of charities and other causes, both big and small.

The aim is to coordinate brews of this 5.0% XPA and distribution as best as possible to ensure there’s little crossover in supply (within Australia) while ensuring all breweries, particularly those impacted by the fires and resultant loss of business, are able to benefit significantly. There will also be a larger scale brew of the same beer – in kegs and cans – that will be used to supply major Australian retailers to ensure the greatest reach and fundraising potential.

Recipe development was completed collaboratively by a group of Australian brewers, ready to be shared with all interested parties, and there have been offers from all parts of the industry to assist. The recipe is available online at resilience.beer/resilience-beer-recipe.

But first, we need to know who’s interested, where you’re based, how much you plan to brew, where you’d like to sell the beer, and where you plan to donate your funds. Registrations will close on January 24, 2020, with beers not to be released before February 24, 2020.

Information about the Resilience Beer for Bushfire Relief can be found at resilience.beer.

Contact special projects manager Tiffany Waldron at [email protected] for any further information, to arrange interviews or with questions.