Fuller’s Pub of the Year named

Fuller’s Pub of the Year named 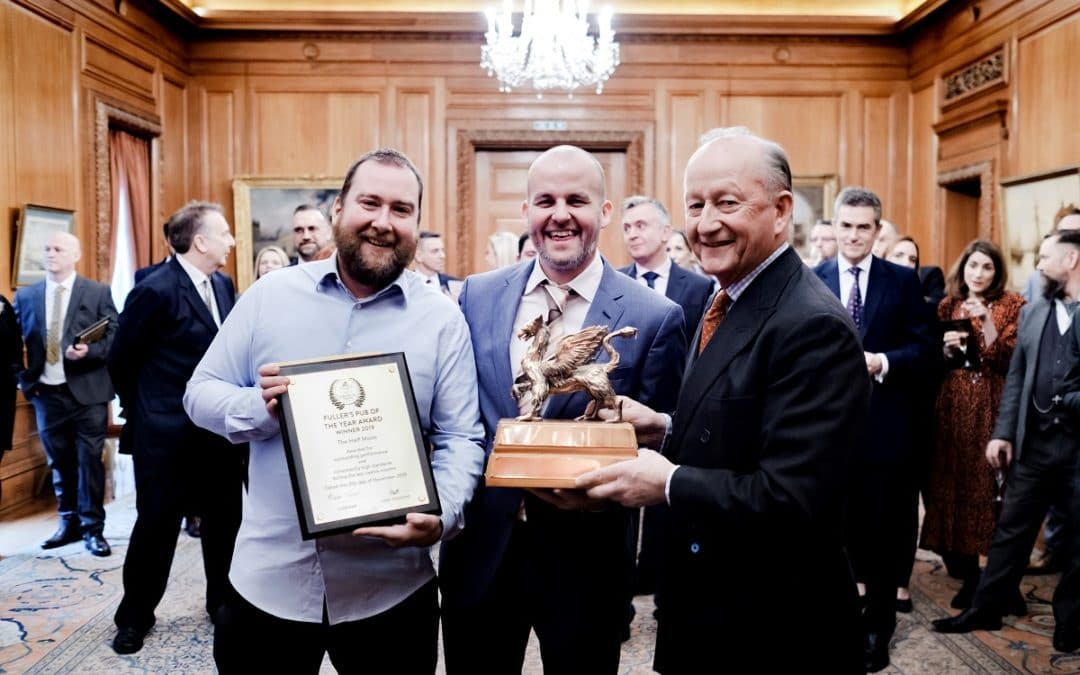 The Half Moon in Herne Hill, London is this year’s winner of The Griffin Trophy – the annual Pub of the Year competition from Fuller, Smith and Turner.

The pub, run by Matthew Dutson, won the top prize ahead of nearly 400 other Fuller’s pubs. The Half Moon epitomises what makes Fuller’s pubs stand out from the rest – fresh food, quality drinks, an amazing and outstanding customer service.

Fuller’s Chairman Michael Turner said: “This is a well-earned award for Matt and I’m delighted to be presenting it to him. The Half Moon is a stunning pub steeped in cultural history and at the heart of its local community. Fuller’s acquired the site in 2016 after it was damaged by flooding. With some local opposition to Fuller’s plans for the pub, we faced some challenges when refurbishing The Half Moon, but Matt and his team worked hard to be a part of the local community. Meetings were held with neighbours before the pub opened to ensure local residents were included in the plans.

“The pub was beautifully restored and is even more impressive than before – with some of its original features still in place. The pub boasts 12 beautiful bedrooms, named after the 12 men who have walked on the moon, including Armstrong – the largest bedroom in the Fuller’s estate. The Half Moon is now not only loved by locals – including those who were sceptical – but by visitors from far and wide. Frequent events at near-by Brockwell Park means the pub is now on the radar of those not so familiar with South London too.”

The Half Moon has three bar areas, a dining area, a large garden – with its own bar – and a separate function room that can be hired out for private events. As well as serving a great selection of cask ales, craft beers and premium wines and spirits, The Half Moon offers a delicious selection of dishes on its menu – and is open for breakfast, lunch and dinner.

Following an extensive selection process, the eight finalists of The Griffin Trophy were visited by Chairman Michael Turner, Chief Executive Simon Emeny, and Corporate Affairs Director Richard Fuller to choose the overall winner. The result was announced at a ceremony held at Brewers’ Hall on Thursday 21 November.

Matt Dutson, Manager of The Half Moon, said: “I am really chuffed with winning this award – it’s a fantastic surprise. My team and I have been on quite a journey with The Half Moon – so I’d like to thank them, and our customers, for making my pub a truly special place.”

The prize for the winning pub comprises a £5,000 holiday, a staff party, an engraved plaque and the coveted Griffin Trophy itself.