Fancy a pint of bath water?

Fancy a pint of bath water? 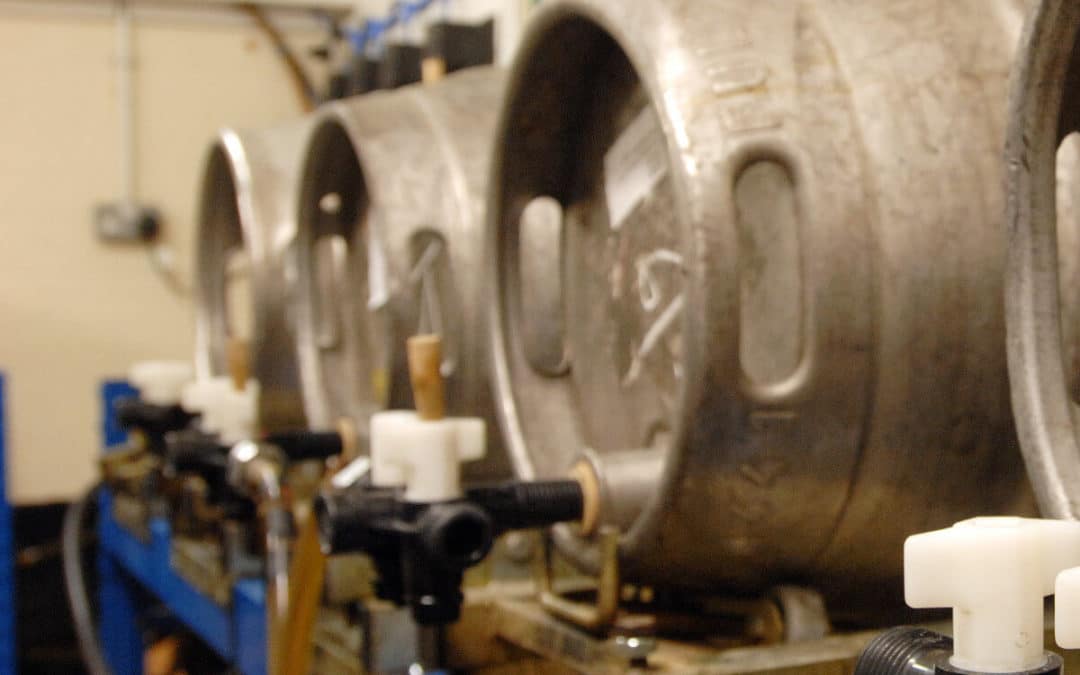 In this day and age of technology where you can control the temperature of your house from another country, play different music in different rooms of your house using your phone, run away from a bunch of zombies using a pair of google glasses, why is it that we still get warm pint of beer in the pub?

Cask Marque conducted some research during the summer of 2013 which showed that pubs holding our award were selling good beer 82% of the time, whilst the ‘pub next door’ without the award was selling good beer only 51% of the time. Virtually all of these failures were at least in part due to warm beer. Admittedly it was warm weather over the period, but as a consumer you would be even more keen to get a cool refreshing pint when it was warm, than at any other time of year.

Assuming the cellar temperature is correct then the beer leaves the cask through a beer line. This travels from the cellar all the way to the bar; in some pubs this can be very long distances easily in excess of 30m. The beer lines wind their way through the route of least resistance, sometimes going behind freezers or over kitchens, all the time being subjected to heat pick up.

Once the beer lines reach the bar they are connected to the beer engines where depending on the size, ¼, 1/3 or ½ a pint of beer can sit. Only then does the beer make it into the glass for the customer to enjoy. Clearly there are plenty of opportunities for beer to warm up during this journey, but as you can guess there are ways to minimise this.

Maintaining and cleaning the cellar cooler, as well as ensuring cellar doors are closed when possible and well fitted, makes certain that the cellar temperature is correct.

Insulating and cooling the beer lines ensures the beer maintains its temperature all the way to the beer engine. The beer engine, which is directly below the handpull should also be cooled and insulated and if all this is done then the beer should come out the same temperature as it started in the cellar.

So how do you cool and insulate a cask beer line? The best way is through the use of an Ale Python Controller (APC). An APC is a wall mounted device with its own water reservoir which circulates water around the outside of the beer lines. The ‘python’, so called as it looks like a big snake, is insulation with beer lines running inside it (see picture). There is also a flow and return line within the python which contains cold water to maintain the beer at 11-13°C. The exact temperature of the cold water is normally determined by a dial on the APC.

The beer engines can be covered by a beer jacket and can then be connected up to the APC system with cold water circulating around them too.

If all this is set up and maintained properly then there should be no chance of a warm pint ever again.

However, there are a couple of stumbling blocks:

Whilst cheaper than they used to be, APCs still cost a fair bit of money and if sales of cask ale are relatively low and not a main focus of the pub, then the potential benefits may not justify the initial investment. Pubs and technical service companies therefore try and find cheaper alternative cooling methods. These are not methods which are reliable or often even aimed at cask ale and the only way to guarantee consistent temperature is to get the correct equipment.

Whilst relatively simple to understand, many licensees have not had the training to understand simple maintenance tips, and indeed we have been to many pubs selling cask ale where the licensee does not even know they have an APC.

Recent research from Cask Marque has picked up that 39% of ale python controllers are not working properly, leading to warm beer and increased technical service call out charges for the pubs.

There are a number of things which can go wrong with an APC but by far the most common are low water levels or poor circulation. Each week the licensee should check the water levels of the APC and if necessary top up from a jug. If the water levels run low (through evaporation or leaking) then what flows through the flow and return lines will be air and water, which won’t be as effective as just water. Poor circulation can be caused by blockages in the system which prevent cold water getting through quickly enough. It is also a common occurrence that beer engines whilst jacketed, are not connected up to the APC system and as such, at busy times beer sits in the beer engine rising in temperature. This is not so noticeable if the beer engine is ¼ pint, as once mixed with ¾ pint of cool beer the temperature will come down, but if the beer engine is larger or if the customer orders a half pint then it can easily produce a warm drink.

There are two things which Cask Marque are doing to try and help with these issues. Firstly, whenever we visit a pub (we make 20,000 pub visits a year) if there are any signs of APC problems then we will explain to the licensee what they are for, how they work and what they should do to prevent them breaking down. And secondly we have produced a big sticker which we are sticking on ale python controllers across the country to remind staff that each week they need to check their APC has sufficient water to deliver their beer at the perfect temperature, every time. Sometimes the simplest plans work the best…we await with quenchthirsting anticipation.