Change of leadership at Norwich City of Ale

Change of leadership at Norwich City of Ale 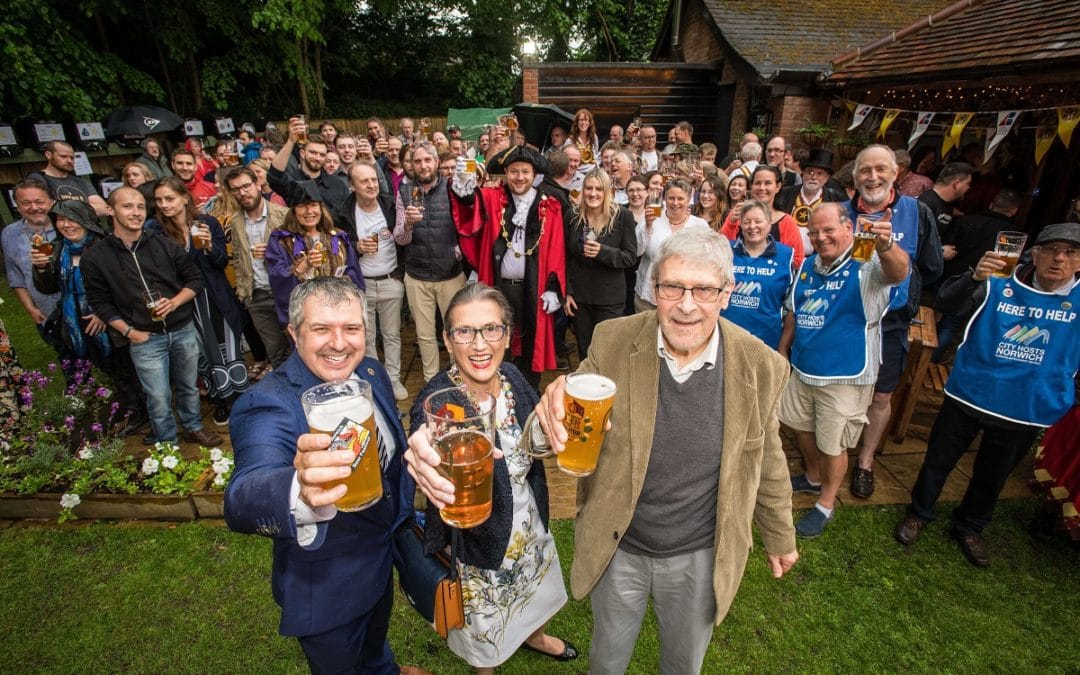 After nine years at the helm, during which time Norwich’s City of Ale festival has gone from strength to strength, co-chair Dawn Leeder is stepping down to spend more time with her research interests.

City of Ale pioneered the concept of a beer festival taking place in multiple venues across a town or city. Set up in 2011, it was the country’s original Beer Week. It has been driving business into pubs in Norwich and showcasing beers from across the region ever since. Ale trails alone generated over 11,000 audited pub visits during the 2019 City of Ale festival.

Together with Phil Cutter from The Murderers pub, Dawn co-founded and co-chaired this ground-breaking event. “With no professional attachment to the beer or pub industry, and the giving freely of her time, Dawn’s really was a labour of love,” says Phil. “It was an extraordinary gift to pubs, breweries, beer lovers – and Norwich.”

Adding his tribute to Dawn and her achievements, renowned beer writer Roger Protz says, “Dawn Leeder radically raised the profile of pubs in Norwich and breweries in the wider region – and ensured that the City rose to prominence on the beer map of Britain.

“Dawn and Phil’s idea of promoting beer beyond the confines of a static festival, reaching the wider community by engaging both pubs and breweries was novel at the time. There are now similar events in at least a dozen British towns and cities – all generating support for pubs, breweries and local economies. The impact of City of Ale has been profound.”

David Holliday from Norfolk Brewhouse has become as a new City of Ale director, and he and Phil Cutter now co-chair the organisation. He will be involved in the overall running of the festival and will be taking over the key role of brewers’ co-ordinator.

“The team at Norfolk Brewhouse has always embraced City of Ale,” says Dawn, “working hard to support it, and invariably bringing some highly original, fun and ambitious idea to fruition. David has been tried and tested – and has come up trumps. Nothing is too much trouble for him – and he is always happy to promote the good work of other brewers. He’s a vastly experienced brewer, a campaigner, and a real mover and shaker.”

Norfolk Brewhouse will be supporting City of Ale 2020 with a collaboration brew with a Belgian brewer. The link between two cities famous for their beer – Norwich and Leuven (16 miles East of Brussels) has been forged by Roger Protz. Other twinning activities are in the offing and will be announced over the coming months.

Dawn concludes, “I leave City of Ale in exceptionally good hands. Phil, David and Frances (from Red Flame) form an incredibly strong and capable nucleus that will allow the festival to develop and prosper. Under their guidance and leadership, the 10th festival celebrations next year will truly be something special. There is fantastic support from Norwich BID and Farnell Clarke plus a host of other local business supporters to help achieve this.”

She will be keeping busy with her local history research, which may even contain a few references to pubs and breweries… and she’d like to make it clear that she is not giving up beer! The PintPicker database, which stores data on almost 20,000 cask ales, was set up by Dawn and has been running since 2005. It will continue to be a free resource for all discerning drinkers, as well as beer festival organisers.

Norwich City of Ale is a city-wide celebration of pubs, breweries and beer. The main sponsor is Norwich BID and the Gold sponsor is Farnell Clarke. The celebratory 10th festival will be held next year running from 21 – 31 May 2020.