What is cask ale?

What is cask ale? 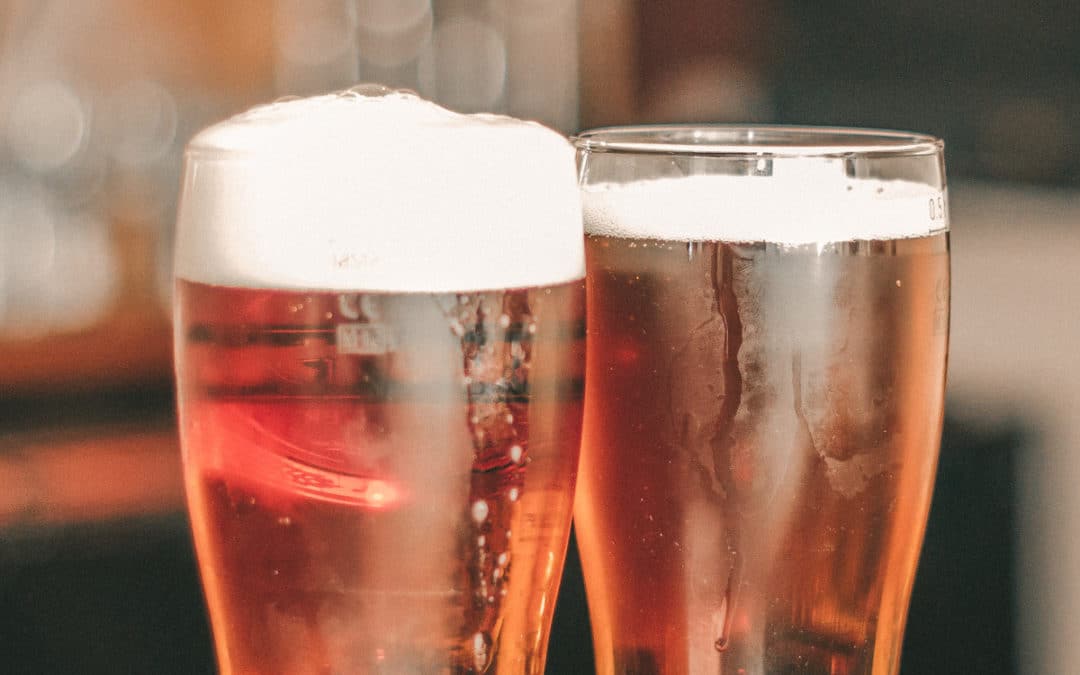 What is cask ale – It is known popularly as “real ale” thanks to more than a quarter-century of feverish and dedicated activity by the Campaign for Real Ale (CAMRA). But a brewer and a connoisseur will prefer the term “cask-conditioned beer”, for it best expresses the unique character of Britain’s great contribution to the world of fermented grain: a beer that reaches maturity not in the brewery but inside its cask in the cellar of a pub. Most beer — and more than 93 per cent of the world’s production is cold-fermented lager beer — is filtered and often pasteurised in the brewery at the end of the brewing process. It is ready to serve as soon as it reaches its destination in pub, cafe, bar or bier keller, pumped to the bar by gas from a canister. Cask beer is different because it is a living product and gains maturity and flavour in the cellar.

All beer is made in roughly the same manner. When barley is harvested, it is taken to a maltings where it is soaked in water and laid out on a heated floor where it starts to germinate, with roots breaking through the skin or husk. Germination triggers natural chemical reactions inside each tiny grain that begin to convert the starch in the malt into fermentable sugar. When the maltster judges that germination has gone far enough he moves the grain into a kiln, a type of chimney with a mesh floor: intense heat from below dries and gently cures the malt. The level of the heat determines the type of malt produced. Pale malt is the basis of all beer as it is richest in the enzymes that convert starch into sugar. Darker malts are more fiercely heated and the end results, depending on their colour, are called amber, brown, chocolate and black malts. Unmalted roasted barley is also used in the production of stouts, especially the “Dry Irish” style. Dark malts have little fermentable material in them and are used primarily for flavour and what brewers call “body”, the richness and fullness of their beers. Stewed malts, made in a sealed and heated drum, also add delicious nutty flavours and body to beer: the main type of stewed malt is crystal.

When the malt reaches the brewery it is cleaned, split and then loaded into a large circular vessel called a mash tun where it is blended with pure hot water (always known as “liquor” to brewers). The thick, porridge-like mixture stands in the tun for one and half hours or two hours and during that time the enzymes in the malt finish the conversion of the starches to brewing sugars, a process known as “saccharification”. The brewer will run off some of the sugary liquid through taps set into the side of the tun to test that starch conversion is complete and will then open the slotted floor of the vessel to allow the liquid, called “wort”, to percolate through the thick bed of spent grain. The brewer also rinses or “sparges” the grain with more hot liquor to wash out any stubborn, remaining sugars. In traditional lager brewing, two or three mash kettles are used, with portions of the mash pumped from one kettle to another, heated to a higher temperature and then returned to the first vessel. This method is used because lager malt has been more roughly prepared in the maltings and needs a longer and more thorough mashing in the brewery to convert the starches to sugar. When the mash is complete it is clarified in yet another vessel called a lauter tun.

The wort is pumped to a boiling copper where hops are added. Hops are called “the grapes of brewing”: their tannins and acids add superb aromas and flavours to beer as well as intense bitterness. Depending on the variety of hop, the aroma may be spicy, peppery, resiny, citric or perfumy. In ale brewing, most brewers prefer to blend two or even three different varieties in the copper to give the preferred balance of aromas and flavours needed. The classic English varieties are the Fuggle, with its deep bitterness, and the Golding, which has a fine resiny and spicy aroma, but there are many more to choose from. During the two-hour copper boil, the hops are added in stages to avoid all the aromas and bitterness being distilled off: the last addition comes right at the end of the boil.

The liquid, now called “hopped wort”, is cooled before being pumped into fermenting vessels and thoroughly mixed with brewer’s yeast. Yeast comes in two basic forms: warm or “top” fermenting cultures used for ale production, or cold or “bottom” fermenting cultures used to make lager. Ale yeasts work at a warm temperature, and create a thick, fluffy head on top of the fermenting liquid. Yeast is a type of fungus and voraciously attacks liquid sugars, converting them into alcohol and carbon dioxide gas. The ferocity of ale fermentation also creates aromas and flavours known as “esters” that are reminiscent of such fruits as apples, pears, bananas, lemons and oranges. Lager fermentation is at a lower temperature, and is followed by a long cold conditioning or “lagering” (from a German word meaning storage) during which time the beer matures, and purges itsself of unwanted flavours and esters, with an end result that is clean and quenching.

When ale fermentation is complete, the beer is left to condition for a few days to rid itself of rough flavours. It may then be filtered and pasteurised and pumped into kegs or bottles. But the jewel in the brewer’s crown, cask-conditioned beer, is simply run or “racked” into wide-bellied casks and sent off to pubs. A glutinous substance called finings made from isinglass is poured into each cask to help clear it while many brewers add a handful of hops and extra brewing sugar for a good hoppy aroma and a successful secondary fermentation.
In the pub cellar, kept cool at 11 to 12 degrees C (52-56 F), the living yeast cells in the beer continue to turn the remaining sugars into alcohol and CO2. The publican or his cellarman monitor the development of each cask carefully, for they are dealing with the Champagnes of the beer world. A soft wooden peg or “spile” is knocked into a bung hole on top of the cask to allow some of the gas created by fermentation to vent off. As fermentation slows, the soft peg is replaced by a hard one that keeps the gas inside the cask to give the beer condition and sparkle. At the same time, the finings slowly drag the spent yeast cells and proteins to the belly of the cask. Samples of the beer are pulled off through a tap knocked into the end of the cask: when the beer is perfectly clear and its aromas and flavours are judged to be balanced and rich, plastic pipes or “lines” are attached to the taps of the casks and the beer is then pulled by beer engines, triggered by handpumps on the bar, to the drinkers’ glasses.
There are two main myths about cask ale. One is that all real ale is strong, the second is that it is warm. In fact, cask ale comes in many forms, from a low strength Mild of around 3.2 per cent alcohol by volume, a Bitter of 3.5 to 3.8 per cent, a Best or Special Bitter of 4 to 4.5 per cent, an Extra Special Bitter of 5 per cent or more, and then more powerful Old Ales, Barley Wines and Winter Warmers that can reach as high as 10 or 11 per cent. Cask beer, by its very nature and method of production, is cellared and served at a higher temperature than lager. But 12 degrees C/57 F in your glass is cool, not warm, and it is this temperature that best expresses the skill of the brewer in developing rich, ripe and tempting aromas and flavours in his brews. Warm beer has unpleasant tastes, while ale served too cold loses those rich malt and hop aromas the brewer has created. Cask-conditioned ale is one of the wonders of the beer world. No other style can offer such depth and complexity. It is the pinnacle of the brewers’ art.
By Roger Protz, Chairman of the CAMRA Good Beer Guide