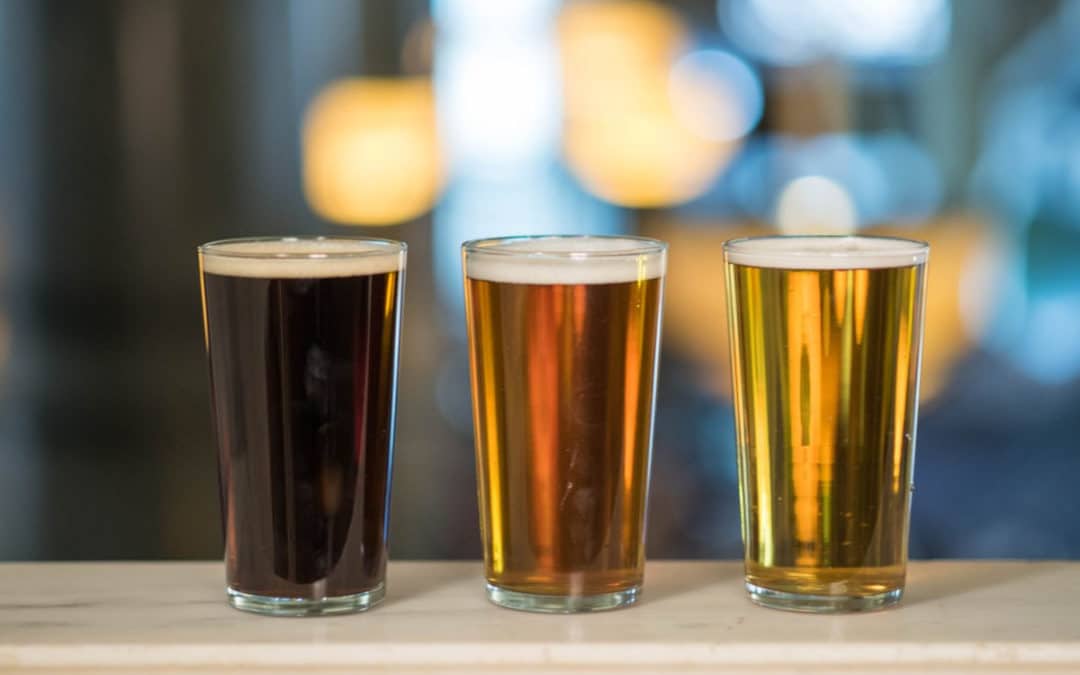 Cask Ale Week 2017 is fast approaching and will be running 21st September to the 1st October. To celebrate cask ale and promote it to more consumers there will be beer festivals, tastings, brewery open days, promotions and competitions. Here are details of some of the events which will be taking place around the UK during Cask Ale Week:

Purchase a pint of Brains cask ale in the seven participating pubs during Cask Ale Week to complete the ‘Brains Ale Trail’ and receive an official Brains Cask Ale Week t-shirt. A free guided tour of the seven Brains pubs will also take place. It will be led by head brewer Bill Dobson, who will talk through the history and making of seven famous Brains ales.

Brakspear are pairing up with The Chilterns Walking Festival. They will be hosting a guided walk in the attractive hills of Henley on Thames. The 7 mile thirst-creator finishes with a free tour of the Bell Street Brewery in the Bull. This will be led by the head brewer and assistant brewer. Pie, chips and cask ale will complete the happy experience.
For further information and booking see http://www.visitchilterns.co.uk/walkingfest.html

Everard’s have teamed up with There’s a Beer For That to host a beer and food pairing event at the Bulls Head, Leicester Forest West. The festival style event will be themed around end of harvest and will focus on their Golden ale ‘Sunchaser’, which will be expertly matched with a small plate as well as the rest of their core beers, Beacon Hill, Tiger and Old Original.

Members of public can gain an insight into the day-to-day inner workings of Lancaster Brewery through a tour of the brewery. There will be two tours taking place during Cask Ale Week, one on Thursday 28th at 1pm and one on Friday 29th at 1pm.

Purity Brewing Co will be hosting an open brewery event for their Puritan members to thank them for continued support. It will feature great cask ale, food and music.

The Palmers Brewery Dray will be based in Bridport market, handing out hundreds of free brewery tours which will give people an insight into the unique process that makes cask ale so distinct.

An evening hosted by award-winning beer sommelier, Annabel Smith. She will be pairing Timothy Taylor’s beer with delicious food. The event is taking place at Harrogate Brasserie.

Brighton and Hove’s first micropub, The Watchmaker’s Arms, will be holding a Home Brew competition. The winner will spend the day with Jack (Beercraft Brighton) brewing their winning beer to be served at The Watchmaker’s.

Thwaites is running a load of mini beer festivals in selected Inns, Pubs and Hotels. The winner of the Best Pint award will devise and brew their own beer to be included in the Beer festival package. The beer will also be on general sale to Thwaites Pubs, Inns and Hotels.

Ei Group are hosting a free pint promotion to coincide with the 11-day Week.

Taking place at Wadworth’s Brewery, the evening will include a full guided brewery tour where guests get to meet the brewer and experience a tutored tasting and beer matching. At the end, a gift pack of selected beers will be provided for each guest to take home.

Now in its fourth year, it sees upwards of 100 cyclists ride round a selection of Palmers’ pubs with teams representing their local pubs and competing for cask ale prizes.