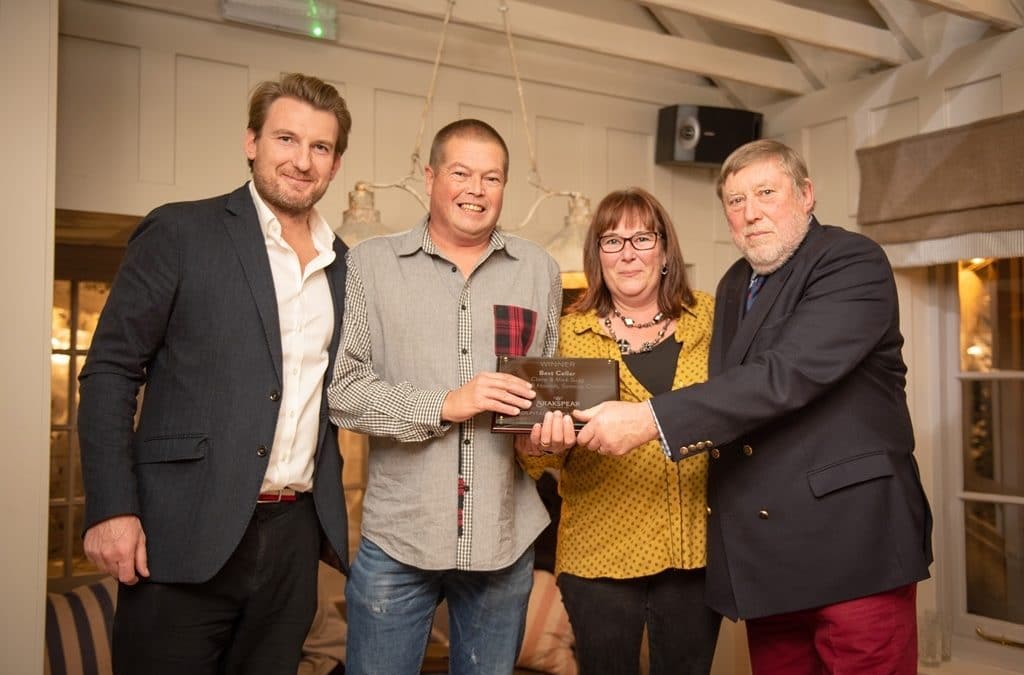 Six pubs in the Henley area have been rewarded with top honours at owners Brakspear’s Hospitality Awards 2019.

At an awards ceremony held at the Little Angel in Henley-on-Thames, the winning landlords and landladies were presented with a plaque and a prize of £500 – which Brakspear is doubling to £1,000 if they spend it on refurbishing their pub.

Their success followed rigorous judging, which reviewed sales growth, mystery customer scores and Tripadvisor reports before making the awards either for specific areas such as Sunday lunch or cellar management, or broader skills like customer service. Independent judges were involved in a number of categories. The winning pubs locally were:

Two other awards were made: Best All-Rounder to the Connaught in Hove and Best Bar-Focused to Clayton’s in Marlow.

Brakspear chief executive Tom Davies said, “Every year, the awards shortlist reminds us of the talented landlords and landladies we are lucky enough to have running pubs with us. Choosing this year’s winners was far from easy and they should all be proud of their achievement.”