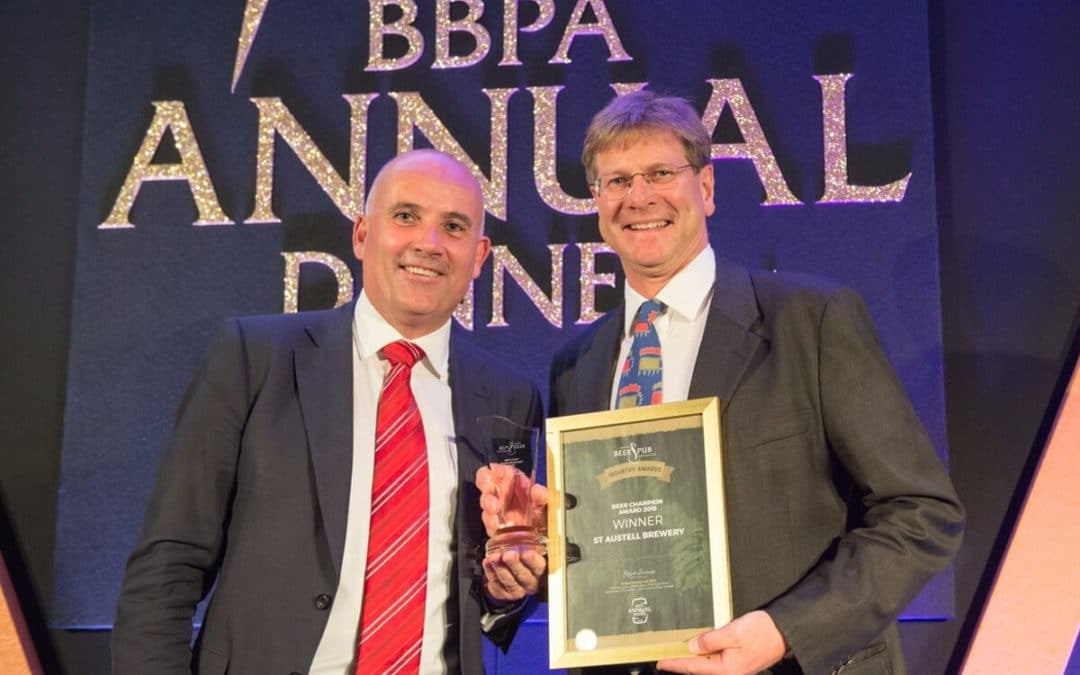 The BBPA and Pub & Bar magazine have launched the BBPA Annual Dinner and Awards for 2017, continuing a partnership that is now in its third year. Prospective entrants have until Friday 25th August to submit their bids for victory in one of four categories.

The BBPA’s Annual Dinner and Awards ceremony, a must-attend event for brewers and the on-trade, will take place on Wednesday, 11thOctober, and will once again be returning to the Royal Garden Hotel in Kensington, London.

The BBPA Industry Awards for 2017 will build on the success of a revamped format, first seen in 2016, when the organization received a record number of entries across the following four categories, which are returning for this year:

The BBPA Industry Awards are free to enter, and will be awarded through an application process followed by a decision from a panel of expert judges.

For more information on each of the four award categories, entrants can visit the BBPA’s dedicated awards website,www.bbpaawards.co.uk, here. The deadline for entries is Friday, 25th August.

“The awards recognize the valuable contribution the brewing and pub sector makes across our economy and society. I’m looking forward to seeing the entries we receive this year, given that the quality of entries was so high in 2016.”